Registrado
"You guys are in for a treat tonight."

"There's going to be meltdown"

This stuff better be big he's making this all sound really huge.

Che says it isn't ANY of these games. Lost Odyessy, Blue Dragon, Forza 2, or Viva Pinata. Clearly there is some major news tonight.
HD-DVD addon $177US in japan and supports 1080p!

2:15: Sensui is moving on to describe upcoming peripherals and packaging. A new core system is on the way for November 2; looks like the same configuration as the American one, at a price of 29,800 yen (about $254). At least PGR3 and Ninety-Nine Nights round out the package.

Now the Xbox Live Vision camera, which is finally on the streets--officially--in North America. The package looks the same as it is across the Pacific--a month of Live Gold and a free copy of Uno. Also out November 2, at a price of 4,200 yen ($36).

Next up, something American gamers are eagerly waiting for: the wireless headset. As early pictures have indicated, it's ergonomically shaped like those ubiquitous bluetooth cell phone headsets. November 2 again, 6,300 yen ($54).

Next up, a new role-playing game from Bandai Namco, Trusty Bell. Looks awfully Japanese-RPG-like. No release date for Japan or America as yet.

RPG info
3:04: Now, another new RPG called Infinite Undiscovery from Tri-Ace, developers of Star Ocean and Valkyrie Profile, in conjunction with Microsoft's own game studios. No video here, but the art style looks more realistic than whimsical from the one screenshot on offer.

Next, Mistwalker's Hironobu Sakaguchi takes the stage with an update on Blue Dragon and Lost Odyssey, Microsoft's two flagship RPGs for the 360. Blue Dragon will be out on December 7 in Japan, and Sakaguchi is now starting up the Lost Odyssey demo, marking the first time gameplay from this anticipated title has been shown.

A CG cinematic shows scenes of a massive battle full of armored, sword-wielding knights and bizarre, mechanical engines of war. All hope seems lost, but a single warrior rises from the battlefield to take on hordes of enemies all by his lonesome.

After some flashy sword moves, the cutscene segues quite smoothly into a real-time, playable version of the battle that looks strikingly similar. Sakaguchi is able to issue RPG-style commands to this warrior to make him fight lesser enemies and a gigantic, flame-spewing tank singlehandedly.

After dispatching the machine, the player character is surrounded by enemy soldiers. But then the sky opens up and spews molten rock and ash across the battlefield, obliterating the opposing armies while the lone warrior is left standing. This scene gives way to an exploration phase, but Sakaguchi has now ended the demo. Think of Lost Odyssey as Dynasty Warriors meets Final Fantasy with a little of The Matrix thrown in.

3:17: Sakaguchi continues by demoing a nearly completed version of Artoon's Blue Dragon, which is certainly more fanciful and lighthearted than Lost Odyssey. The demo features hero Shu and friends making their way through an industrial complex, fighting a series of sentry robots in standard turn-based style, using their quirkily animated sentient shadows as weapons.

Finally the crew reaches a large chamber where a brief cutscene takes place with a couple of dastardly-villain types. A boss fight against a giant, spindly-legged robot ensues. In typical JRPG fashion, lengthy and lavishly animated special attacks are traded back and forth until the robot finally goes down. Shu and posse flee the hangar in a real clunker of an airship before becoming embroiled in a tense situation with a busty, piratical character with an abundance of 'tude. The game's cutscenes look nicely animated from the little we got to see before Sakaguchi ended the presentation.

The Lost Odyssey and Blue Dragon demos will be available at TGS, so we'll bring you a more detailed report in the coming days.
Clique para expandir... 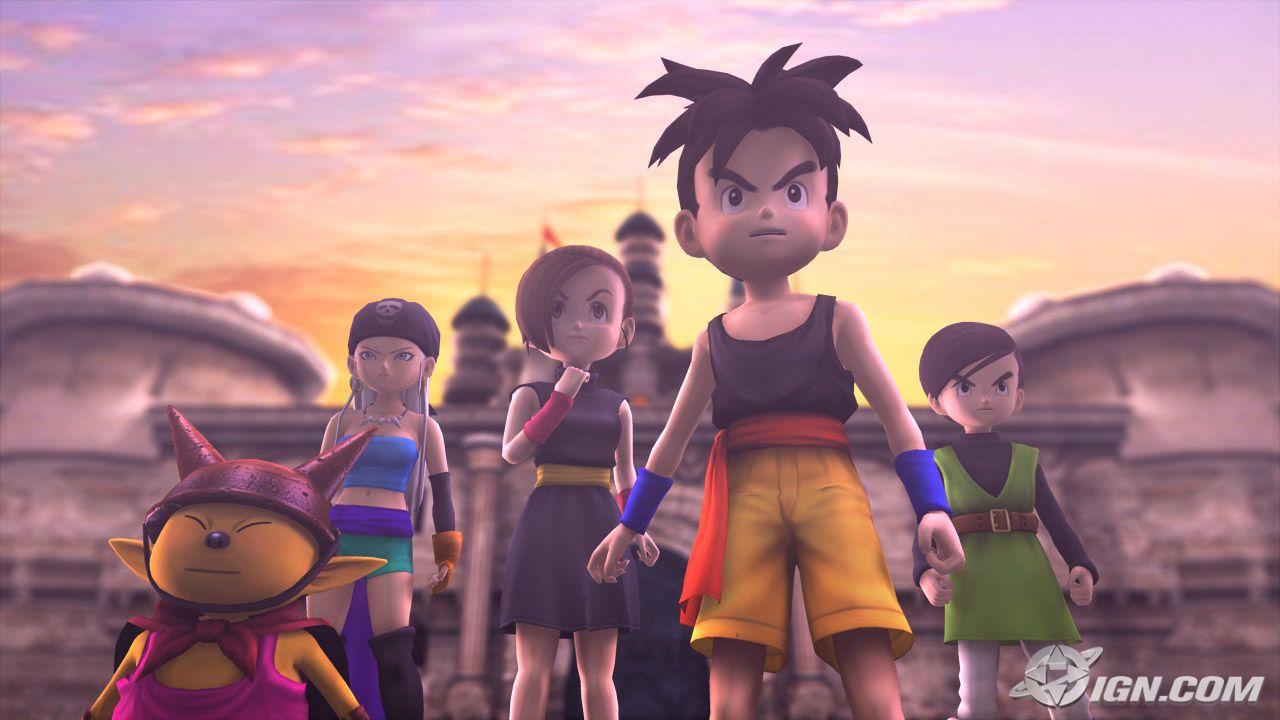 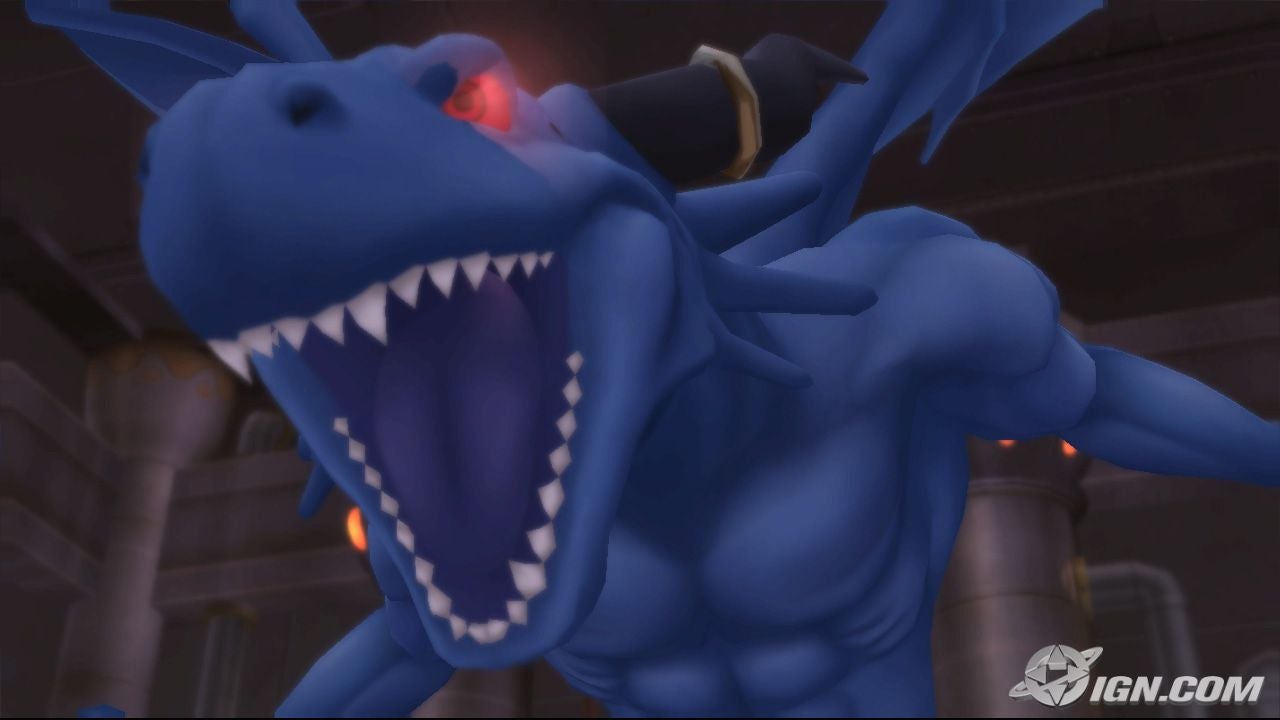 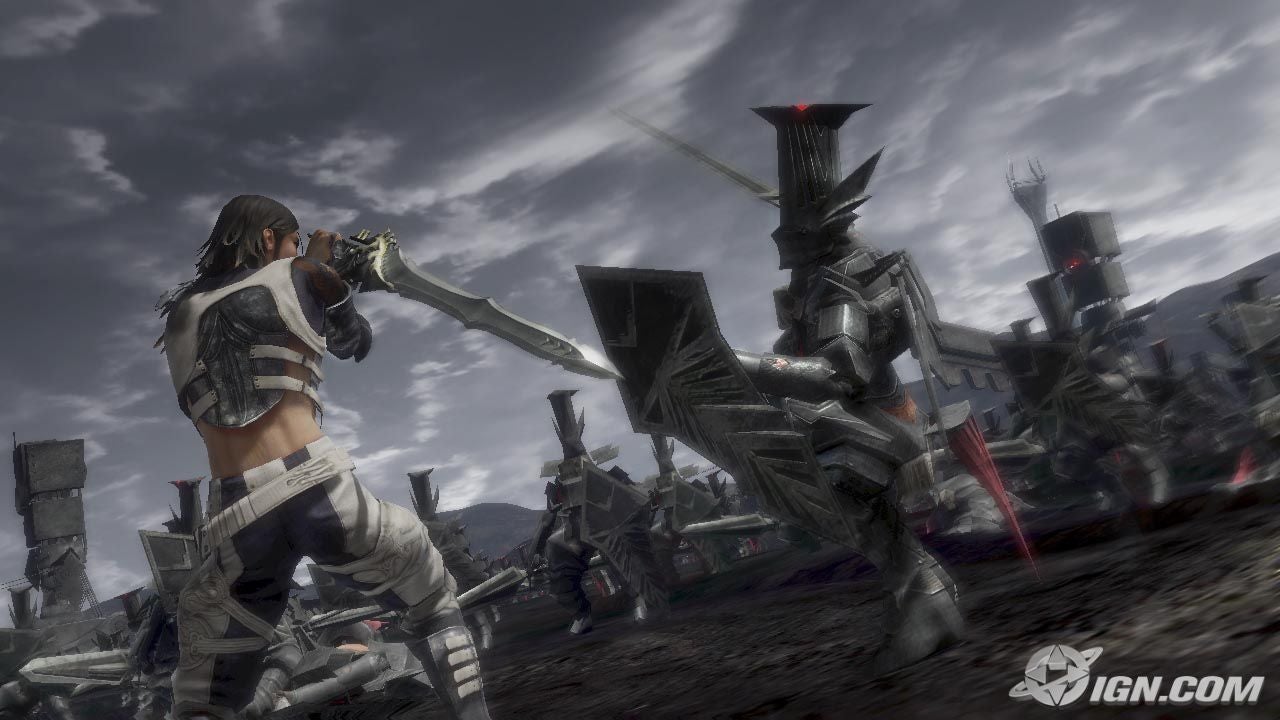 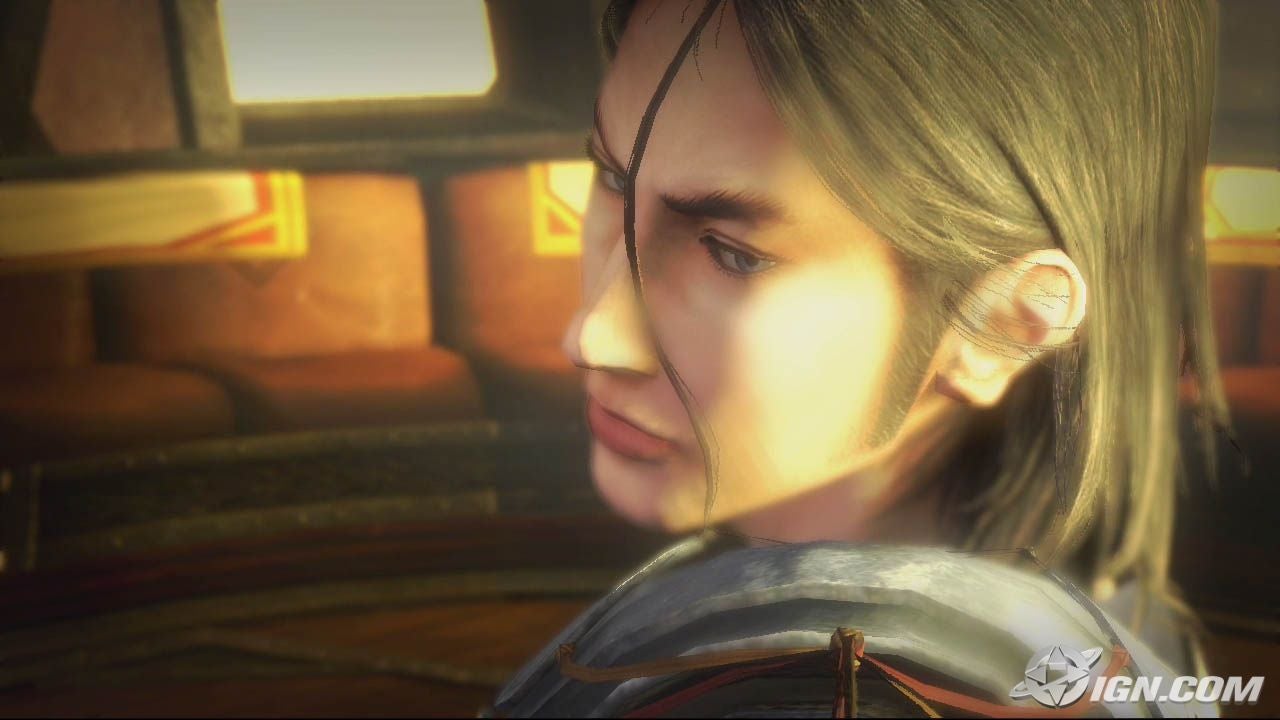 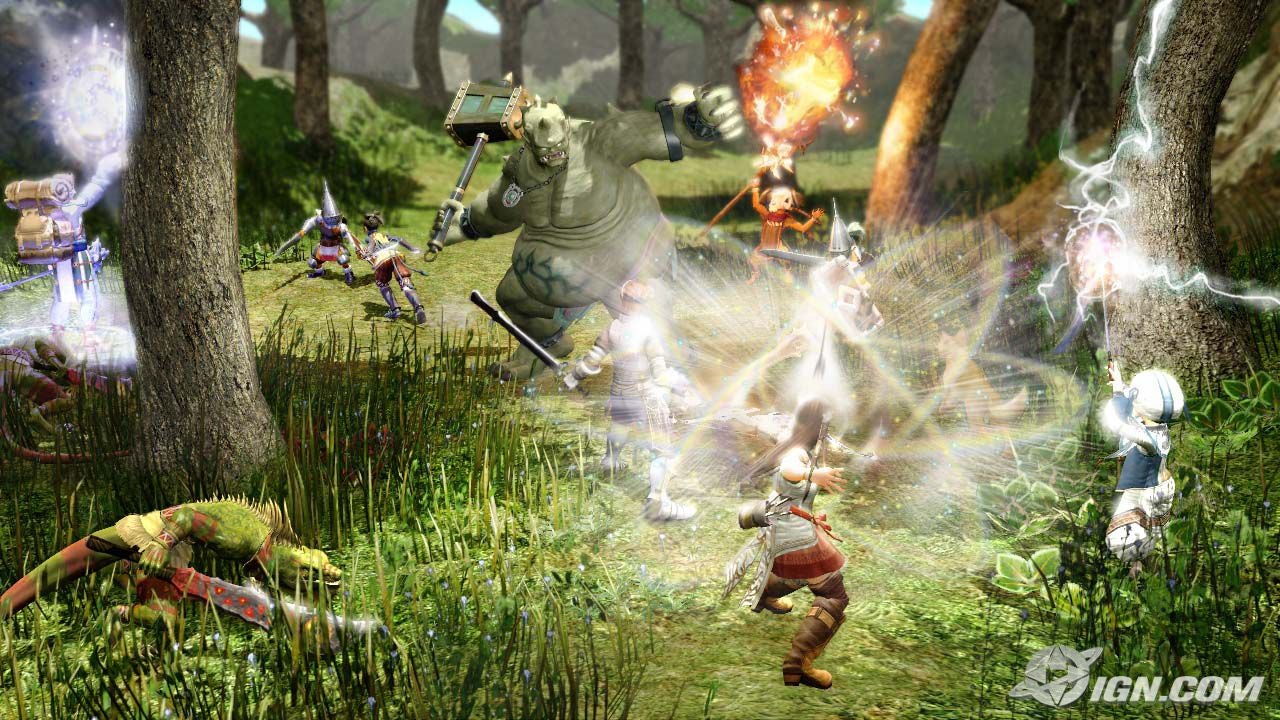